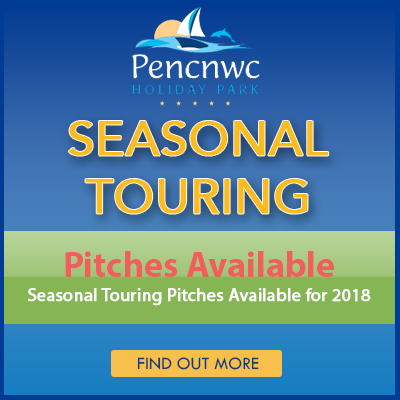 Finance figures are applicable at the time of print and are subject to change. Credit is subject to status and is only available to UK residents aged 18 and over. We can introduce you to Santander finance who may be able to provide funding on your caravan however we can only introduce you to this lender as we are not a lender.

New Owners tend to pay for their holiday home in one of three ways.

Up to £9,000 can be accepted in cash with the remainder paid by cheque, bankers draft, credit or debit card.

Through a bank, family member or friend.

Owners can take advantage of a park funding package arranged specifically for them through Black Horse Finance. Either a minimum of £3,000 cash or 20% of the holiday home value is required as a deposit and a funding package is then sourced that suits their requirements. All details can be processed on park.

Our modern clubhouse boasts two bars, Merlyn's Den & Smugglers Bar. Merlyn's Den is open weekends and peak weeks with a very high standard of entertainment ranging from in house quizzes, kareoke, gameshows to the best bands and solo artists on the circuit. Our resident entertainers run a Kids club too!! Smugglers Bar is a more relaxing bar, with 2 tv's here you can grab a coffee and read the paper or just have a chat with friends. The amusements arcade has a variety of games and teddy crane's too!! Wifi is free in our clubhouse ensuring you can keep up to date with the outside world.

Our clubhouse also has a Takeaway offering freshly made fish and chips to a selection of pies. The food can be enjoyed in both bars.

Our indoor heated swimming pool sits alongside the clubhouse with a seating area inside and a patio area outside. There is also an area for parents to take their babies/toddlers. The indoor heated pool is very popular with young and old!! Alongside our swimming pool we have a brand new play area ready for the 2012 Summer with a second brand new park just a short stroll away from the clubhouse.